Online Love: How To Play The Game And Win 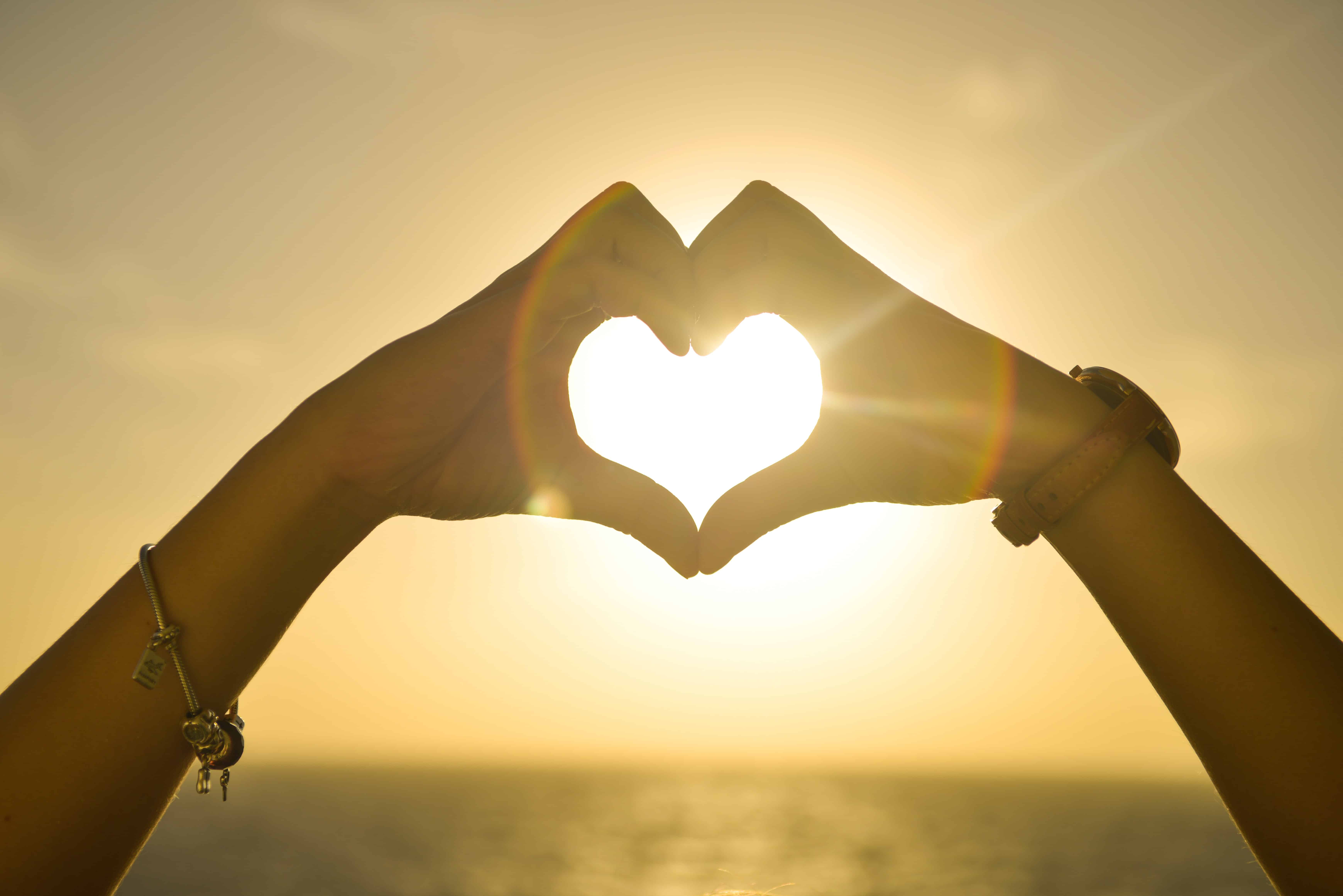 Unlucky in love? Maybe you’ve just been searching in all the wrong places? The modern dating game can seem like a minefield that is almost impossible to navigate. How can you play the game and win when it comes to online love? That is the burning question.

We’ve decided to dig a little deeper into the vast expanse of ever-growing dating apps to find out which one really takes the cake. Forget bars, clubs and pubs – dating apps are making ‘love’ more accessible than ever. Check out loans online here.

Let’s Start With The Obvious… Tinder

You must be living under a rock if this is the first time you’ve heard of Tinder. Tinder has become synonymous with dating… but possibly the wrong kind of dating.

Due to its relatively basic formula, the app does not delve too deep into complicated questionnaires or personality matches, rather all you need to do it upload some pics and write a small bio. You can also set preferences such as age and preferred distance from possible matches. Tinder will then tailor the profiles you see to fit your criteria.

The whole idea of Tinder is the swiping – they basically invented the ‘swipe right’ formula. Most of us will know that when you swipe right on a profile that has swiped right on your own, it then becomes a match. You are then free to message one another.

Some users are a big fan of how simple Tinder can be. However, others find it far too broad. We can’t argue with the fact that Tinder seems to be a front runner when it comes to the number of potential matches. Back in 2015, more than 15% of Aussies had joined the dating app! You have to admit, that’s fairly impressive!

We suggest taking Tinder with a grain of salt. But, it is free – so, why not give it a whirl.

If you’re not a fan of swiping through thousands of profiles then Coffee Meets Bagel might be the app for you! The app focuses on saving you time – perfect! It will only provide you with matches that are serious about getting in touch. So, there’s no getting your hopes up about a match that never gets in touch with you.

At midday, every day, the app will share a few matches that are tailored for you. Coffee Meets Bagel matches your profile with others based on social networking and interests. For the ladies, the best part is, the app sends profiles of men who have already expressed an interest – so, there is no messing around.

Whilst dating apps like Tinder rely on you for the swiping, Coffee Meets Bagel does a lot of the hard work for you. That means you should get matches that are compatible. The app itself also supplies ice-breaker questions, so there is no excuse not to get in touch with your match. Coffee Meets Bagel is free (yay!) so, why not try your luck if you’re on the hunt for something a little more serious.

A Serious Up & Comer… Bumble

This newer app on the dating scene is making quite the impact. Its format is somewhat similar to Tinder, however, there is one major difference. The girls have to make the first move.

Matches on Bumble can be filtered by a variety of different categories that even go as deep as your astrological sign. The app’s developers hope that this will mean its users save time and meet potential matches that actually match what they are looking for.

Users can select whether they are online for a casual relationship or looking for something more serious – this cuts out a lot of time that is often wasted. Bumble’s creators say they are working to create a space for more meaningful connections to be formed.

Not only has Bumble stormed the dating scene with its revolutionary ideas, but the app has also expanded to make connections for users looking for friend and business. Bumble BFF and Bumble Bizz are making it simple for users to connect with like-minded individuals.

We definitely recommend giving Bumble a go. Apart from anything else, it has revolutionised the way women view themselves in the dating scene. The app makes it acceptable and absolutely necessary for women to make the first move. What a way to shake up the outdated gender norms!

Hinge’s claim to fame is the fact that it positions itself as the ‘relationship app’. The app claims that three out of four first dates organised through Hinge lead to second dates. Hinge can also be proud of the fact that it is the number one mobile dating app mentioned in the wedding section of the New York Times. Due to that fact, you can be confident that the people you meet on Hinge are looking for something serious.

Hinge takes a completely different approach to profiling than most other dating apps. It focuses on its user’s more unique qualities as ice-breakers. Some of these include their best travel stories, special skills or perfect fake sick days. One of the better parts about Hinge is it’s not just about matching.

You can like certain aspects of people’s profile. This makes starting a conversation much easier. We can all be a little bit forgetful… especially when it comes to remembering to keep up a conversation in the midst of a busy schedule. Hinge has the answer to that. The app provides conversation reminders to reduce ‘ghosting’ as well as to help users who are just plain forgetful.

Hinge definitely has a high rate of success. So, if you’re looking to find ‘the one’ this app could be for you!

Never heard of Hater… well, it’s a dating app with a significant difference. Rather than matching you with users based on what you love, Hater matches you with people who hate the same stuff that you do. This app is definitely for the cynics out there. If all the others haven’t worked out, maybe Hater is the way to go. You could even be matched with someone who shares your hatred of coriander… lol!

If you’re going to give this app a go, the way it works is that you will be presented with a series of topics that you can love or hate by swiping right or left. Once you hated enough, you’ll be shown users who loath similar things and also match your prefered age and location. It’s up to you where you go from there… the possibilities for love or hate are endless.

Yep, you probably guessed it – Hater is completely 100% free. We will admit, it sounds pretty interesting. But, we do warn that you probably won’t find as many matches as other popular apps. It’s always worth a try… after all, you could find love in a hopeless place.

How Can You Really Win?

Well, love is anyone’s game really. And, most of the time, it pops up in the most unexpected places. However, if you’re searching for ‘the one’, getting yourself out there can only be a good thing.

There is definitely something to be said for dating apps. The latest statistics show that 53% of Aussies know as least one couple that met online – so it must be working.

We recommend going into the online dating world with your eyes wide open. Not to state the obvious, but, you never know who is on the other side of the screen so it is always best to exercise caution. That being said, there are a lot of genuine people out there who just haven’t been lucky enough to find ‘the one’ yet. You just never know!

Use The Right App…

There are so many different dating apps, it can be hard to recognise which one is right for you. Our number one pointer is, however, if your looking for something more serious Tinder may not be the way to go.

It’s also always better to be upfront on your profile. If your seriously looking for love, dishonesty is the worst place to start… even if it is online. Be realistic with your expectations and give the users you match with a chance.

If you’ve just been communicating via messenger, it’s probably best to arrange a face-to-face meeting – if you’re truly interested that is. Messages can often be misconstrued or misunderstood… you don’t want to kill the relationship before it even begins!

Online dating definitely isn’t for everyone. Some of us just prefer the old fashion way. But, in an ever-changing world, it could be the way of the future… so why not just give it a try? What have you got to lose… you might even find the Juliet to your Romeo (or the other way around).

Keen to read more? Let us tell you the 8 Things That Are Seriously Damaging Your Stress Management Goals! Want to know the Top Things To Do On A Public Holiday?