7 Spooky Aussie Money Facts That Would Surprise You 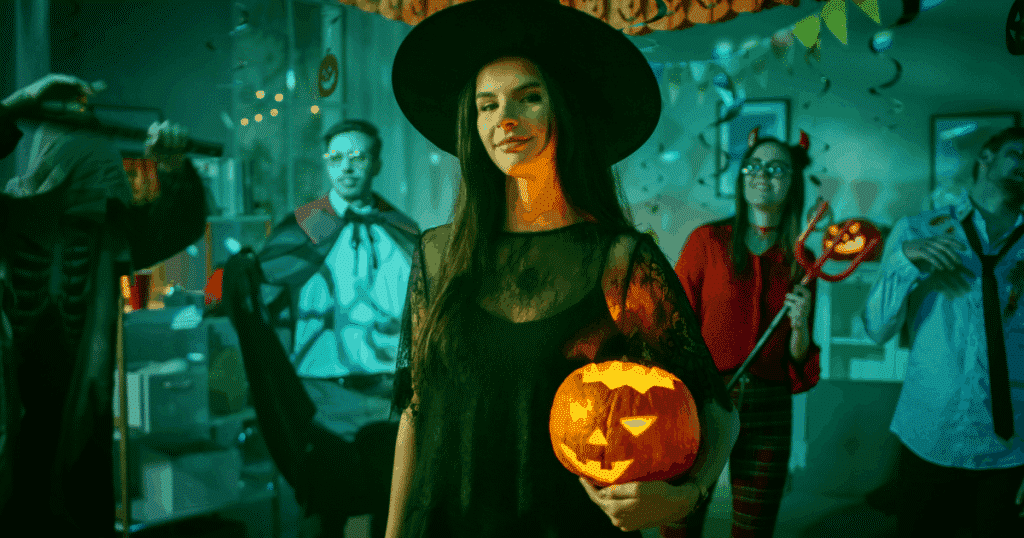 It seems like there are new ways ‘guaranteed to save you money’ being put in front of Australians every day. In the world of online shopping and digital payments, Buy Now Pay Later (BNPL) platforms such as Afterpay and Zipmoney are leaving Aussie consumers spoilt for choice. At the same time, we’re faced with new ways to spend and to store our money, too. With all these fast-paced changes, it can be easy to lose track of our spending habits. Keeping your finger on the pulse of nation-wide money habits can help you understand and manage your own cash better.

In light of the scary season, we’ve compiled a Nifty list of spooky and not-so-spooky Australia money facts that may surprise you.

Need a fast loan ? Check us your Nifty options here.

#1 The Northern Territory has the highest weekly spend

This probably falls more into the interesting money facts category, but it becomes strange when you consider the NT’s small population.

#2 Over a third of millennials don’t trust banks

When it comes to strange facts about money, this one is hardly a shocker. The headlines of bank scandals, misleading interest rates and irresponsible lending have seemingly left a sour taste in millennials’ mouths. Only 8% of millennials surveyed in a recent study would say they trust banks a lot. Alongside that, only 26% of millennials would trust banks a little.

This feeling of distrust and dissatisfaction of the traditional banks by consumers has left a gap for innovative banking initiatives to rise up. Neobanking is set to go toe-to-toe with the big four in a BIG way. Xinja and Volt are the latest Neobanks to take on the big four banking oligopoly. While a relatively new concept in Australia, Neobanks have been growing in popularity in countries such as the UK and will look to do the same here.

#3 Not everyone spends their tax return on something fun

Just received your tax return? About to go spend it on the latest smartphone or updating your wardrobe? That’s not what every Aussie is thinking. Over 70% of Aussies use their tax money for essentials. About 29% of Aussies channel this cash into paying bills and 21% put it straight in the piggy bank. 13% use it to cover loan and credit card repayments and 9% towards the mortgage.

#4 Aussies are fiends for home renovations

We all know that homeownership is the long-standing Australian dream. According to the latest statistics, the dream is growing beyond ownership to renovation. The Australian Bureau of Statistics for the 2015/2016 financial year found that Aussies spent a record $7.7 billion on home improvement. That’s $1 billion more than the previous 2 years. Experts believe this is a result of inflated property prices forcing homeowners to upgrade their current home. A cheaper alternative than moving up the property ladder.

With soaring house prices it’s no wonder home improvement is becoming more and more critical to everyday Aussies. If you’re looking to upgrade, you can apply for a home renovation loan in minutes and receive a smart decision within the hour.*

Jumped on the buy now pay later wagon? Then you’ll know all-too-well the temptation of seeing that dress you love on sale, deciding not to wait for payday, and popping it on Afterpay or Zip Pay. Clothing makes up 31% of purchases on buy now pay later services. Not far behind though, appliances and homewares collectively account for 32% of purchases.

Andrew Bell, founder of Nifty Loans, says it’s vital that consumers understand how BNPL services can affect financial goals over the long term. BNPL service providers don’t assess whether consumers can afford purchases, which can often stack up quickly leaving them with a stream of seemingly small repayments that they can’t necessarily afford.

“It’s important to question purchases and weigh up how much you really want products against versus how much you actually have as disposable income before you end up with defaults on your credit file – a small mishap that can end up holding you back in the long run.”

“Our research found that one in four users are hiding their Buy Now Pay Later purchases from loved ones, indicating that a number of users aren’t proud of their spending habits. Males aged 25 – 34 were most likely to conceal their purchases with nearly 35% admitting they did so,” says Kirsty Lamont from comparison website Mozo.

Statistic, this certainly speaks to an impulsive buying habit that most aren’t proud of. Spending and saving are all about having goals and laying out a plan. Check out our top Nifty tips on how to control an itchy trigger finger when it comes to online shopping.

When it comes to spooky facts, this one’s a killer. Research suggests that millennials are up against new financial pressure from higher costs of education and housing, while wages stagnate. Census statistics demonstrate that house prices paid at the same age are 8 times higher than income for millennials. Whereas Gen X only faced house prices that were 6 times higher than the average salary. Education costs have also risen. The average education debt held by millennials is 19,000 – that’s a 79% increase compared to Gen X. All figures presented are adjusted for inflation.

Surprise! The game changes for women in 4 BIG ways

When it comes to spooky facts about money, there are some particularly scary ones for women.

It’s clear – age changes things. Different economic conditions influence a variety of spending and saving habits. But does the story change when we look at gender? The simple answer is, yes. But the question remains, how big is the difference and does it affect long-term financial wellness?

#1 32.5% of women have caring responsibilities for a parent

The 2016 Melbourne Institute HILDA Report showed that women were more likely to have caring responsibilities while working full time compared to men. Caring responsibilities can equate to women taking more personal and carers leave from work, resulting in them spending less time at work than men.

#3 Household labour is a full-time job for women

According to the NSW Department of Health, women with children spend 44 hours a week on household duties while working full-time. This amount of unpaid labour creates both a physical and mental strain. With 40 hours at work and 44 hours of chores at home – when do you pencil in wellness and relaxation?

These recent revelations surrounding women and unpaid labour have led to a push for the Australian government to compensate women to fairly represent the work to income ratio.

You could say there is a generational war afoot with millennials being the new punching bag. Older generations believing millennials can’t afford a house because they purchase too many smashed avos is just of one of the battles. On the flip side, millennials believe their future is all doom and gloom.

Some of the facts about money we’ve covered so far may have been enough to send a shiver down your spine. So, let’s have a look at some things you didn’t know about Australia that won’t be quite so financially terrifying.

For millennials, the Australian dream of homeownership is far beyond the horizon, and many cite irresponsible spending habits, rather than stagnant wages and soaring house market. However, the data tells a different story.

Compared to Gen X, millennials spend 71% less on cigarettes and 16% less on alcohol. Juxtaposed with millennials spending 24% more on public transport and 23% more on private health payments. The smashed avo theory is also under fire with both generations spending the same on cafes and restaurants.

#2 Millennials are saving more than their parents

As shifting economic conditions steer millennials away from borrowing and towards relying on their savings, the saving muscle is well and truly flexed compared to Gen X. Majority of millennials prefer to dip into their savings account if they need funds, rather than turn to banks or credit cards. In fact, they are 29% more likely than older Aussies to redistribute savings and 9% less likely to borrow from a bank1.

Millennials have stronger saving habits with 80% saying they keep a strict budget. They are also more likely to utilising online shopping to compare prices and research before purchasing an item worth $100 or more.

Millennials have different money priorities compared to older generations. Spending habits are inspired by changing technology and an uncertain economy – much like previous generations faced. Turning away from credit, spending less on discretionary items and delaying homeownership are methods to combat these challenges.

So, the key to understanding Aussie money facts is not rejecting habits that might differ, but looking at changing trends. Both technical and economic trends can help you see why these habits may be not only necessary but beneficial for a healthier financial future for any age or gender.

*subject to when you submit your application 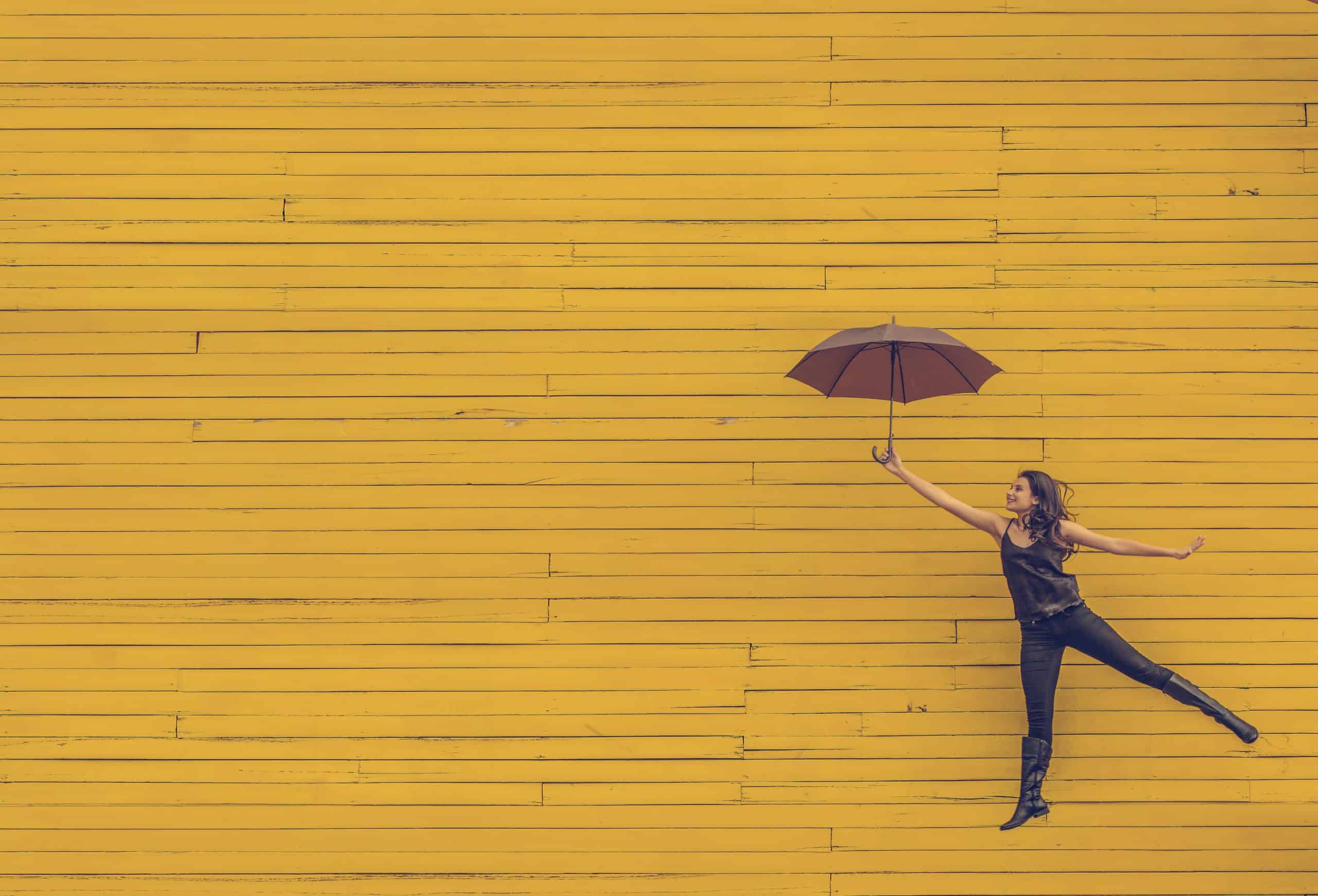