The Bachelor | What You Missed | Nifty Goes Behind The Scenes

The Bachelor Goss You’ve Been Dying To Read! 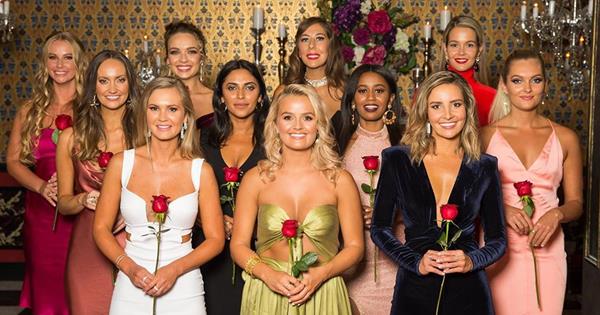 We’re taking a break from personal finance tips and taking a look at everyone’s favourite guilty pleasure. So, if you’re one of those people who ‘doesn’t’ watch the Bachelor, but really does, then we have the goss you need.

You might not be willing to admit it, but most of Australia is hooked on The Bachelor. We’re all dying to see which ‘lucky’ lady will snag ‘hunk’ Matt Agnew’s heart. As per usual, this season has not disappointed on the drama front, that being said, it probably exceeded our expectations. The producers have done a tremendous job with the casting, that’s for sure! The likes of Abbie, Sogand and Elly have lit up our screens to provide a weekly dose of desperation. That’s not even to mention Monique and Rachel – damn they were good fun! But, who could forget about Mary, I mean she was practically the narrator of this season – soz Osh, time to step aside.

For quick cash loans, click on our link now.

Who Is Matt Really?

This year’s Bachelor, Matt Agnew, was set to be a breath of fresh air from last years ‘hotshot’, ‘big gun’, ‘superstar’ Nick Cummins aka Honeybadger – who, might we add, chose… no one! Producers carefully selected the Astrophysicist with his boyish good looks and gentlemanly charm hoping that he would actually pick someone at the end of the show! Apparently Matt can see all 28 girls ‘in his future’ (sorry to burst your bubble Matty but polygamy isn’t legal in Aus). It’s a stark contrast from last years Honeybadger, who clearly couldn’t see anyone ‘in his life’. The good news is, we might actually get a happily-ever-after this year (as long as he doesn’t pick Abbie).

So far we have seen the Bachelor doing what he does best – flying around in a chopper and sitting by the fire with red wine and a cheese platter. Oh, and how could we forget, having a good old snog with anyone who is willing. It’s pretty clear who the producers have chosen to be the front runners. In more recent episodes, the crew has been giving Abbie and Elly a good poke to spice things up a notch and wow, how we’ve enjoyed the drama (don’t even deny it). Both girls are clearly in it to win it – or so Abbie blatantly explains. But, who really is in line for Matt’s heart. Will a wild card swoop in and take the crown at the last minute? We’re all waiting with bated breath.

So far we’ve seen a number of beautiful ladies exit our screens without even a whisper of a date card from Matt (tear), but a definite sigh was heard around Australia when the hilarious Mary was denied a rose. I mean, Osher’s hushed tones are no match for Mary’s witty commentary. Come on Channel 10, it’s time for a new host (Mary)! Although Mary didn’t get much time with Matt – let’s be honest, she got no time at all – she definitely kept Australia entertained with her straight up real and sassy narration of the show. I mean the girl was freaking funny!

It was clear to the viewers that Mary never got any real chance to form a ‘connection’ with Matt – she really only spoke to him once in between Sogand’s belly dancing, Abbie’s string of ‘serious’ and ‘meaningful’ conversations (aka snog sessions behind the bushes) and Rachel’s fling with a crew member, so who can really blame her. I mean a girl can only do what a girl can do. The good news is it looks like old Osher might have some competition – finally! Fans around Australia have taken to social media to let Channel 10 know that they want Mary back. Mary recently told Popsugar “I’m pretty much the female version of Osher and I’m okay with that! It’s like, alright Osher, you can go on paternity leave now, I’ll cover for you! I’m going to put the word out at Channel 10 now, don’t you worry!”

Who could forget this seasons positively shocking ‘cheating’ scandal! Rachel gave her number to a crew member and the whole ‘mansion’ was thrown into disarray… I mean come on people, Matt is dating 28 girls for goodness sake! The producers obviously didn’t think our Wednesday/Thursday nights were spicy enough so they went straight to the drama section of The Bachelor handbook and ‘rocked’ the ‘mansion’ with a cheating scandal.

Bachy Matt was positively horrified, I mean ‘aren’t I everyone’s dream guy’ he looked to be thinking. Matt couldn’t understand why Rachel would be looking elsewhere whilst competing for his attention with 27 other females. Absolutely shocking stuff. Rachel was definitely taking one for the team. Her schoolgirl crush deflected from the scent of desperation in the air as Sogand and Abbie battled to the death for 2 minutes in the garden with Matt and a cheese platter.

Matt’s ego was clearly damaged beyond repair because Rachel was given the boot straight away. It looked as if she didn’t even get time to pack her bags – before we knew it the producers had her Uber there! Adios Rachel. The girls in the mansion clearly breathed a sigh of relief, telling Matt that ‘Rachel wasn’t here for the right reasons’ – boy, they really love that phrase. Wonder what ‘the right reasons’ actually are? I mean, they know they’re on a reality TV show… right?!

I don’t think anything can top this year’s Oscar-winning performance by crowned ‘front-runner’ Abbie though. I mean bravo, what a performance. The girl should seriously consider a career in film, she’s phenomenal. She just about got away with it until Sogand sniffed out the BS. Most of the girls were too busy playing nicey-nice, but not old Sogand. The gloves were off and she wasn’t going to have a bar of it. In a recent interview, Sogand has said “She’s the fakest person I’ve ever met… she changes personalities on and off camera. She’s very good at manipulating and hiding her real emotions – happy, sad, cry… it’s mind-blowing!”

The feud between Sogand and Abbie has been this year’s major drawcard – who doesn’t love a good catfight. Abbie is clearly the 2019 villain and Sogan has stepped in to take over the role as ‘protector of Matt’s feelings’ but, is she just as crazy. I mean, the belly dancing/ Shakira impersonation left us all a tad disturbed. Whatever the case, the camera certainly loves it with both girls getting pretty much all the air time while the other ladies seem to just sit around like props with wine glasses. Definitely something to aspire to, young women of Australia.

Elly, the sweet ‘country-girl’ who seemed to have captured Matt’s attention from the very beginning, unfortunately, looks to be sliding further and further into the Bachy vortex… no Elly, no! It looks like she’s slowly morphing into Sogand – warning Matt of Abbie’s villainous ways. But, little does she know, Matt loves the drama – surprise, surprise. It’s shocking, he seems to like the ladies fighting over him?! Elly’s warnings seem to be falling on deaf ears as Matt keeps doling out the pashes. Doesn’t look like old Abb is going anywhere anytime soon!

In the coming promos, we see Elly again trying to warn Matt of Abbie’s ill intention. But, should Ellie keep her eyes on her own paper? We all know what has happened to others who have tried to wage a war against Abbie… RIP Sogand. Looks like the best is yet to come – yipee!

What Can We Expect From The Finale?

As per usual, we can probably expect a whole lot of unrealistic dating consisting of more helicopters, dramatic background music and, of course, more cheese platters. In terms of who is set to take out the title, many are saying 28-year old chemical engineer, Chelsie, is the lucky lady. Sleuths on social media have taken to Matt’s latest Instagram post where he is pictured on the beach in Perth – Chelsie’s hometown! Who could forget the famous pool-kiss that held a disturbing similarity to the famous Richie and Alex chocolate-bath scene – and just as we thought we were getting over that saga!

If the rumour mill wasn’t already enough, Sportsbet has tipped Chelsie at $1.30 to win, followed by Abbie and Elly both at $6.50. But, who knows, Bachy is famous for pulling a surprise or two out of the hat. At this rate, it looks like it’s anyone’s game – Osher could even get the next single date – Bachy Matt is definitely making his way around (to say the least). Regardless of the outcome, these ladies are set to go out with a bang!

Like what you’re reading? Did you know Nifty offers personal loans between $300 and $5,000. We’re 100% online, that means you won’t even need to leave the comfort of your own home to apply for a personal loan. So, what are you waiting for? Scroll up and apply now!

Reality TV takeover: Is it fact or fiction? Nifty has the low down! 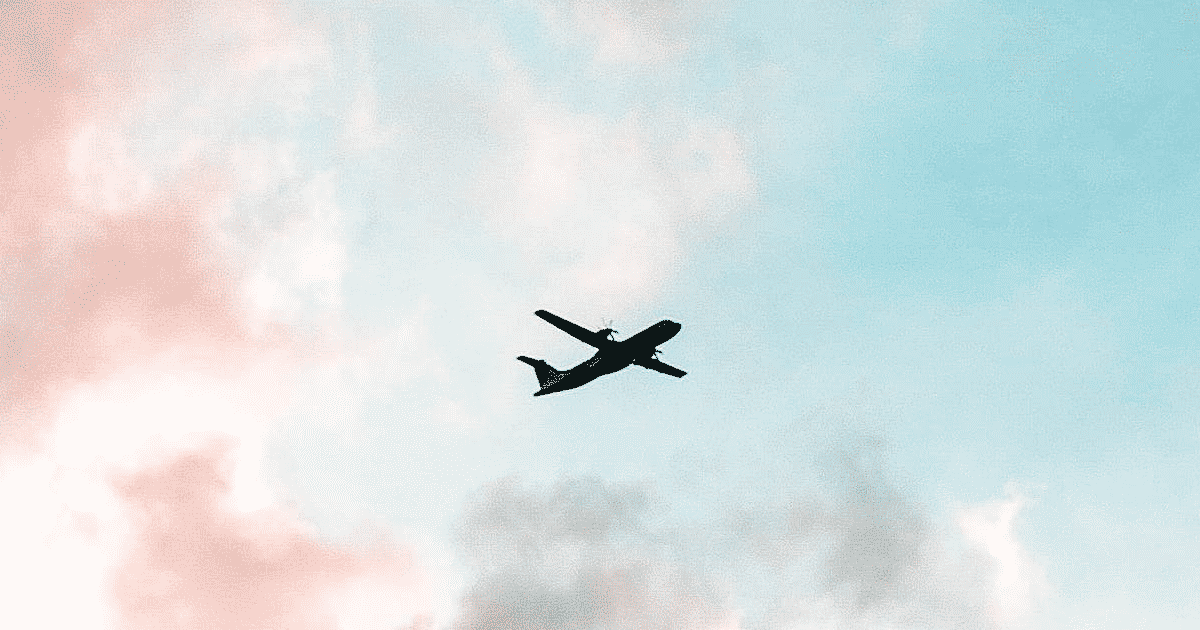